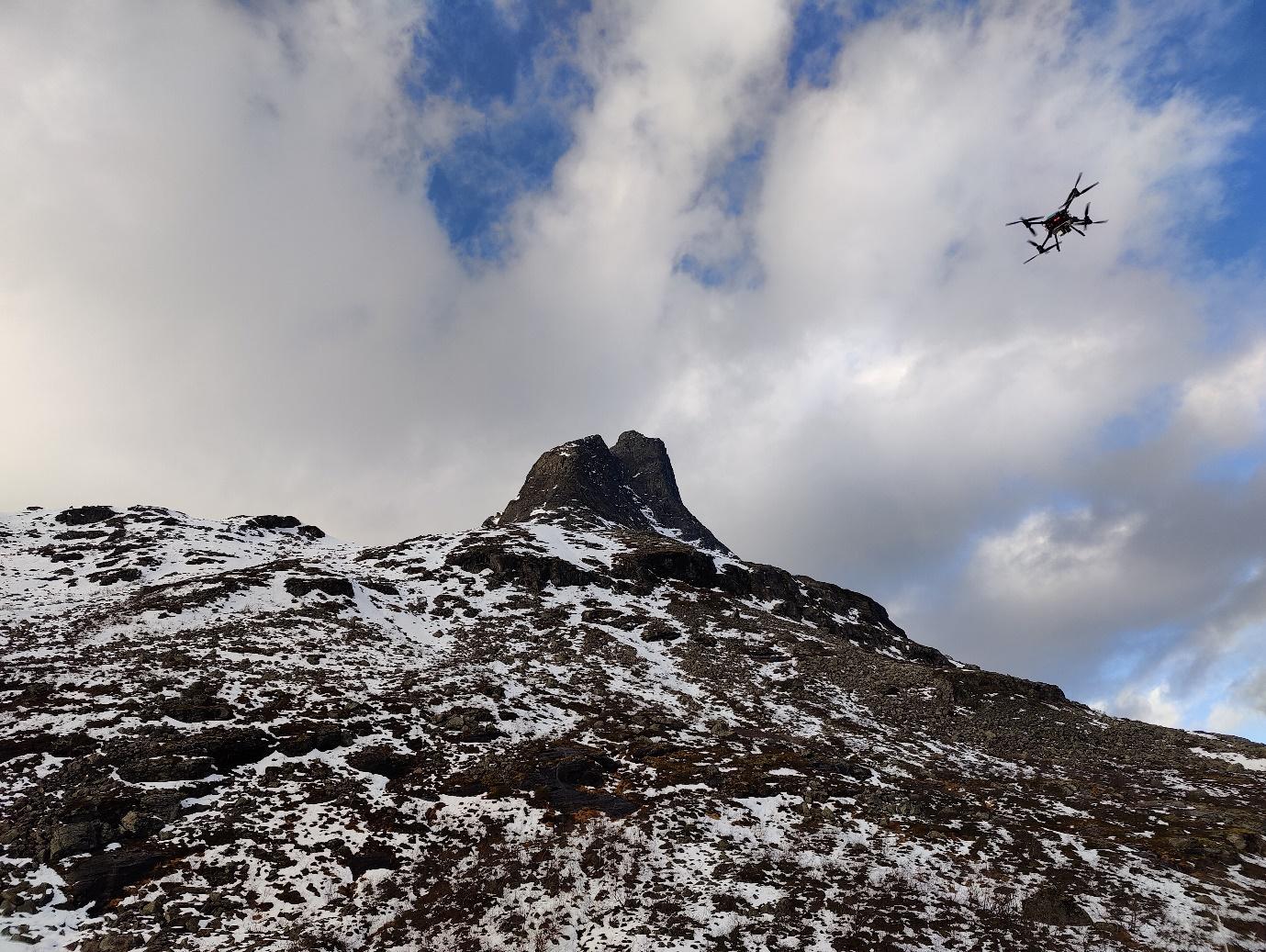 If you’ve ever been to Trollstigen in Norway, you will have seen the famous road and its hairpin bends built into the side of a steep mountain. The entire area around it is full of majestic mountaintops – and at this time of year, they’re covered with white snow. In order to keep the roads safe, Statens Vegvesen (the Norwegian Public Roads Administration) has started to explore the possibility of using drones to collect laser data for avalanche risk analysis, and they recently invited several companies to participate. Field was proud to be among the handful of companies to conduct a demo.

The team that made the trip up consisted of head of mobile mapping Gunhild Mæhlum, drone pilot Mette Nyås, VP Services Håkon Kjerkreit and robotics engineer Marius Eskedal. The first day started with a briefing from Statens Vegvesen, where we learnt about the different risk factors that might cause an avalanche. These factors include depth of snow, density of layers, and temperature.

After the briefing it was time to get to work. We had to fly at three different sites as Statens Vegvesen wanted to see the different types of lidar data that each company collected in each area. Test area A was a forest and grass covered area with Ground Control Points; this was set up to inspect the quality of data. Test area B was for testing the systems in extremely challenging terrain. Lastly, test area C represented a likely scenario – a mountain covered in snow.

The weather was especially bad at the third site – it was windy with strong gusts, which reached its worst just as we were landing our drone. But our pilot Mette did a fantastic job – she kept the drone stable in the air despite the turbulent weather, and we were able to land safely after collecting the necessary data.

Good mission planning and utilizing the combined competences at Field allowed us to obtain satisfactory data coverage of even the vertical rock cliff at test area B. Field’s sophisticated tools for georeferencing data also made operations very smooth. The raw data was ‘shipped’ to the office through a cloud service immediately after the survey, and initial results of processed point clouds were made available through our web portal Mapspace only a few hours later. The results have since been sent to Statens Vegvesen for review.

The data: (top to bottom) 3D modelled terrain of test area B, shaded relief of Digital Terrain Model (DTM) - test area C, and a colour map of snow accumulation calculated based on the deviation between our survey and the existing NDH (national detailed height-model) - test area C. There was only slight snow cover on the day of our data capture, accumulating up to 1m in some areas.

We are grateful for the opportunity to meet other companies and witness all the different technologies out there – and for the rare chance to gather people in our organisation who don’t often get to meet! ‘Visiting Trollstigen with my colleagues was a great experience,’ says Gunhild.